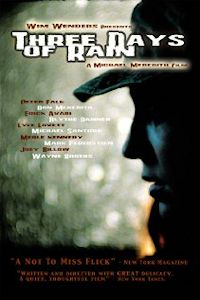 Six Anton Chekhov short stories set in modern day Cleveland during a three day rain storm. It’s Tuesday in Cleveland; a storm arrives that will last three days. We watch rain fall as we listen to a DJ and the jazz he plays at WLOH. We also watch separate stories of a cab driver who’s suffered a recent loss, a janitor who may lose his job, a junkie whose infant daughter is in the care of the woman’s abusive father, a couple who argue after she won’t let him give a restaurant dessert to a homeless man, a tile maker desperate for money to buy clay for a new job, and an alcoholic, prevaricating father whose adult son is long-suffering. Each is isolated, each seeks a connection; some find one.